The Curious Incident of the Ping-Pong Ball and the Hairdryer 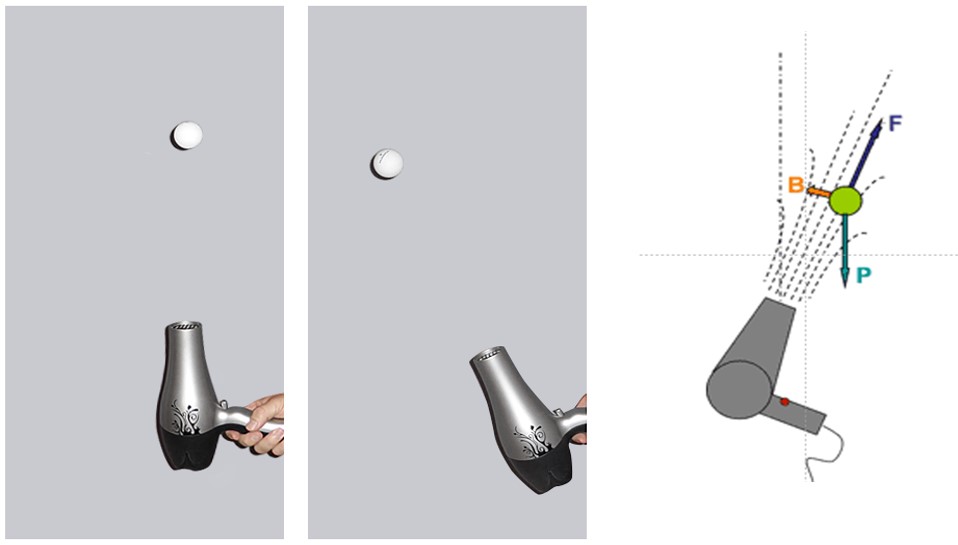 Have you seen the levitating ping-pong ball on hairdryer trick? It’s not actually a trick, it’s called the Bernoulli effect and is the phenomenon that causes airplanes to lift off the ground and prevents racing cars from doing the same thing.

I heard this at a student presentation, recently, where there were pictures of airplanes and racing cars and, most interestingly, a demonstration of a ping-pong ball levitating on tilting a hairdryer. To be honest, I knew a lot of this stuff already, but I had never actually seen the hairdryer demo done live, and it did, I have to say, make more of an impact than just a picture or video. But there were more demo’s to come.

The next group of students – these were all mechanical engineers by the way – gave a 6-minute talk on gyroscopes and had did live demonstrations with spinning bicycle wheels and rotating office chairs. As the presenter tilted a spinning wheel, the chair spun around. It’s true. I saw it with my own eyes. 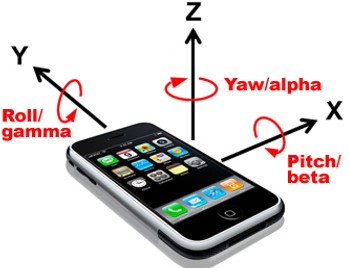 Then he went on to show some applications of gyroscopes such as the tilt measuring devices in game consoles and mobile phones. Now these, I didn’t know about. And these, to be honest, I found it hard to believe. But then how else would an iPad realise you had turned the screen on its side? I also learnt how the gyroscopic effect can be used to steer airborn motorcycles and turn space stations. I still wasn’t sure about the mobile phone thing, though.

Then came the picture shown below. Now surely, I thought, they’re not going to tell me that leopards use in-built gyroscopes to hunt, or something crazy like that. But it turned out that this was an image from the BBC series Planet Earth, shot with a gyroscope-mounted camera from a moving boat. It was an example of the use of a gyroscope that wasn’t literally a gyroscope itself. However it did relate to a relevant example and was also both eye-catching and memorable. 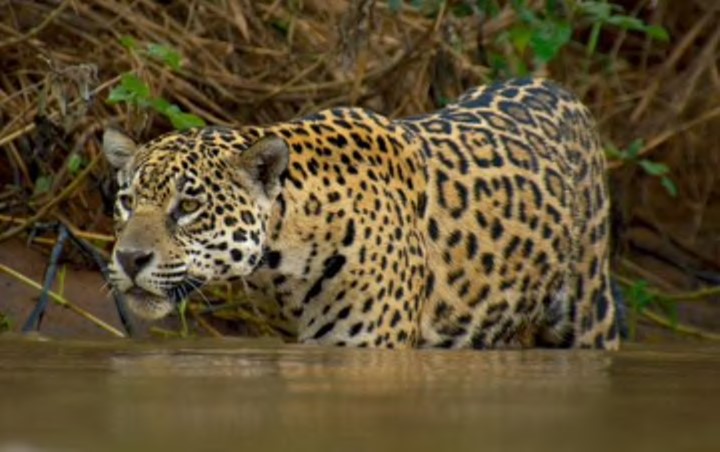 The last in this set of presentations was on the Coriolis effect, a complex concept relating to the often unexpected forces experienced by rotating devices. For this presentation the audience was treated to weather maps, spinning tops and a very novel walk-through demonstration carried out by the three speakers walking to different locations in the room at different speeds. This is what stage actors call ‘theatre in the round’ and it was very engaging. And then they finished with a video clip from an uber-famous TV show, namely Bart Simpson wondering why the water in a flushing toilet always spins the same way. 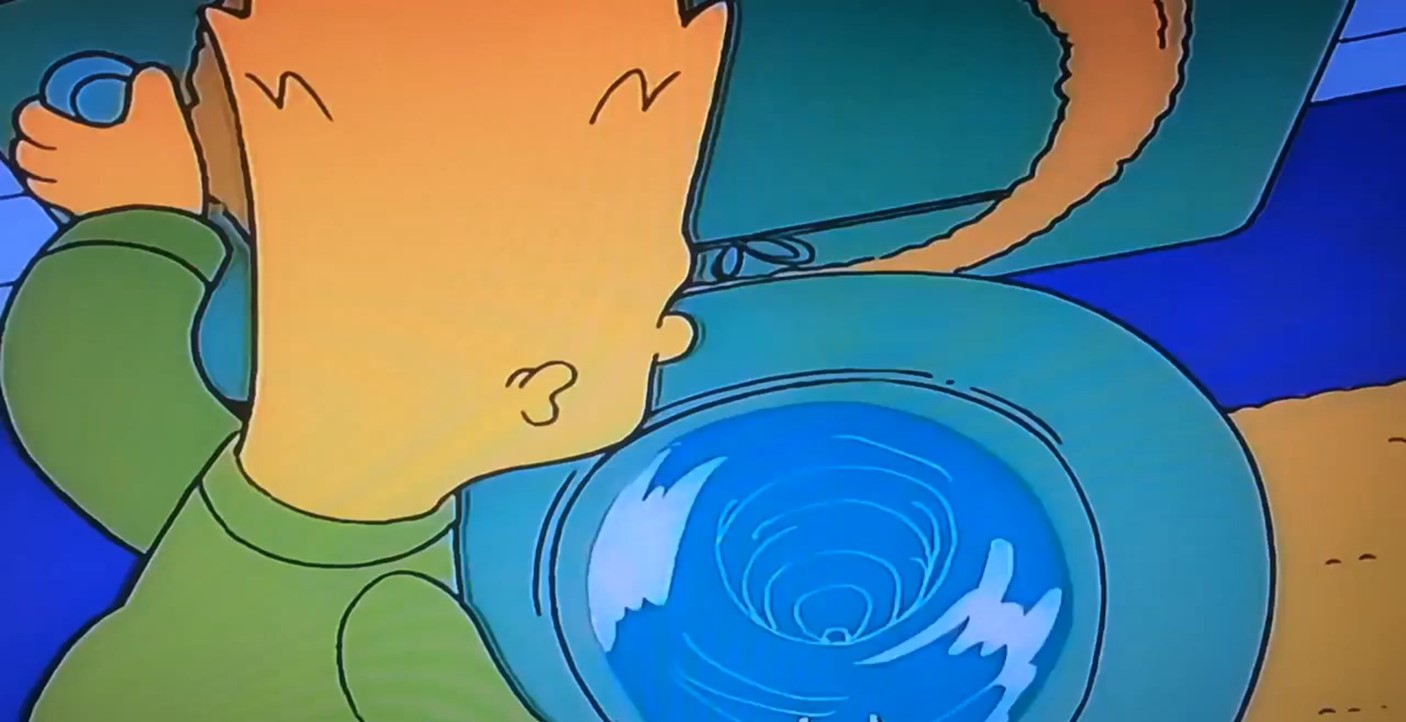 Which leads me to the title of this article and to the Sherlock Holmes story, Silver Blaze, from which it is taken. In this famous mystery, Inspector Gregory asks Holme’s, if there is any point in the investigation to which Holmes might draw his attention? ‘To the curious incident of the dog in the night-time,’ says Holmes. ‘The dog did nothing in the night-time,’ replies the inspector. ‘That was the curious incident,’ remarks Sherlock.

I had a similar revelation at these presentations. Significantly, took place in the same room as most of my undergraduate lectures (the scene of the crime, if you will) many years before. What struck me as ‘curious’ was that in four years of long, detailed, complex, theory-filled lecture courses, I had seen none of these examples, images, videos or demonstrations. Not one. No spinning chairs, no bicycle wheels, no TV clips. No hairdryers!

It makes you wonder about much third level education and about presentations. Equation after equation, with the lecturer talking and the students just writing, not really listening and certainly not thinking. I felt strangely let down, looking back. What a waste.

I could get into pedagogy or psychology of why university teaching often strays so far from the real world, but the takeaway lesson from this article is much simpler. Include real-life examples in your presentations. If you can show pictures of these, do so. If you have video clips, even better. Live demonstrations, better again.

And if you don’t have a hairdryer handy, there’s a very simple demonstration of the Bernoulli effect you can do by blowing across a strip of paper. But it’s hard to explain in words; I’d have to show you. Which is kind of my whole point.