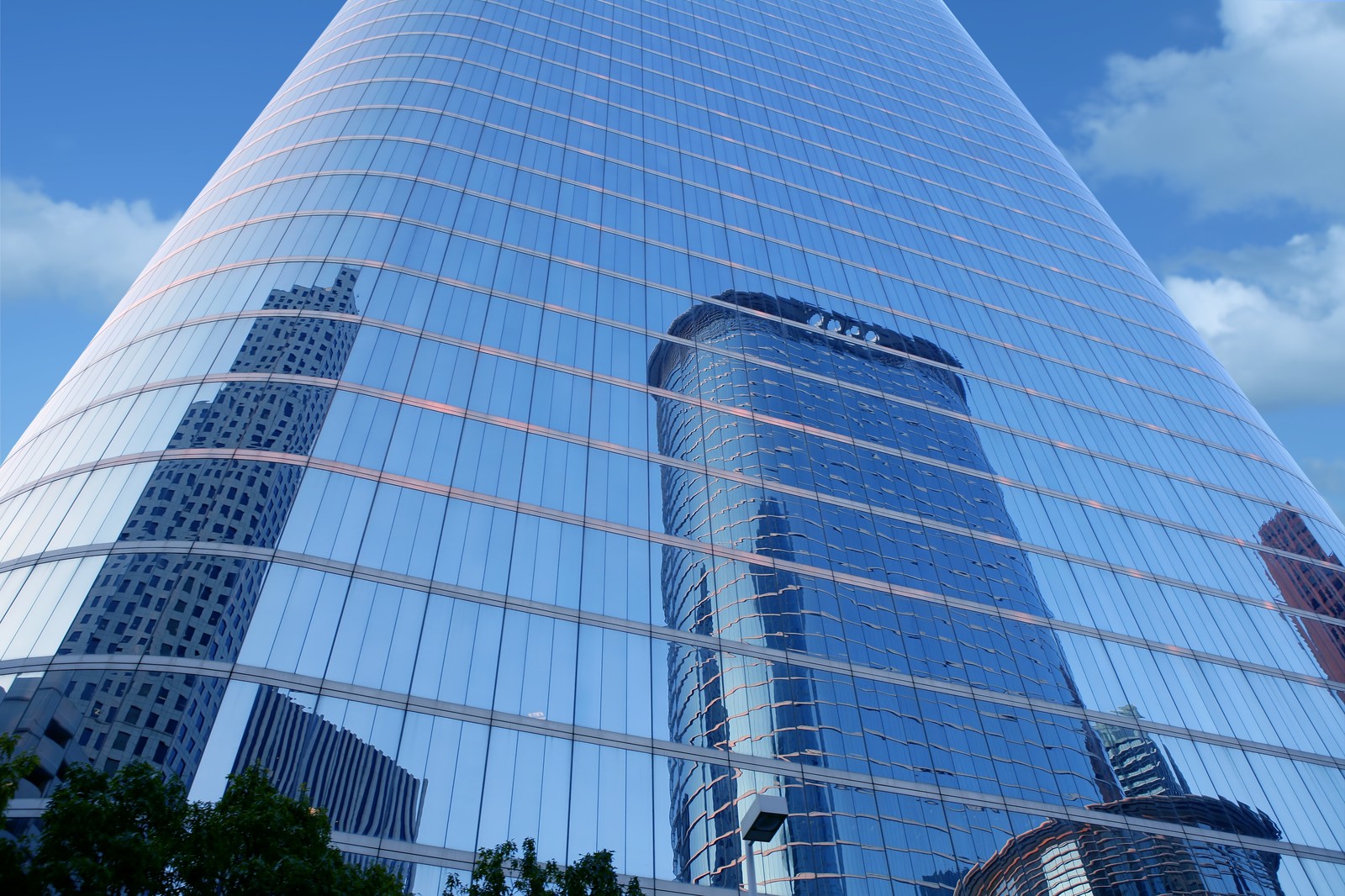 On the up side, glass skyscrapers let in light. On the down side, they let heat, lots of it – think of greenhouses – which can be a problem in warm countries. So they have developed ‘intelligent glass systems’ to adjust the tint of the windows at different times of the day, blocking the sun’s rays when they are at their strongest and admitting them when the sun is lower in the sky.

So what? I hear you cry.

Well, this was the subject of a study done by an engineer I met a few years ago who had developed a computer model of the energy transfers that take place in glass-fronted buildings of this sort. He asked me for help on a presentation he was giving so I quizzed him about the work, why it is necessary, what was the problem and how did his study seek to solve it?

In just a few minutes, I learnt a lot about shiny skyscrapers. An important part of the engineer’s explanation was a gallery of really strong images, like the one shown above. I made some suggestions for the presentation but I thought that what he had, particularly the visuals, looked really good.

However, when I spoke to the engineer a week later, he wasn’t happy. ‘It didn’t go great,’ he told me. ‘I rushed it, I think, and it was too technical. People didn’t look like they understood it at all. And I didn’t get any questions, either, which is not good a good sign.’

This surprised me but when I dug a little further, I realised what had happened. ‘I took most of the pictures out,’ he said. ‘I think that was a mistake. My boss told me to ditch them. I only had eight minutes to present so he said I needed to get to the meat of the project…my model and my equations…and not waste time with padding at the start. But I don’t think the audience really understood the equations.’

Damn right, they didn’t! Mathematical equations – particularly third order partial differential heat transfer equations – are terrible visual aids. The worst kind. Don’t get me wrong, I can appreciate the power of equations; the engineering degree I got is essentially built from equations. But, dense, abstract, multi-faceted and non-visual, equations are not an efficient way to bring a novice audience an understanding of a new topic. The golden rule for visual aids is that they should be visual. 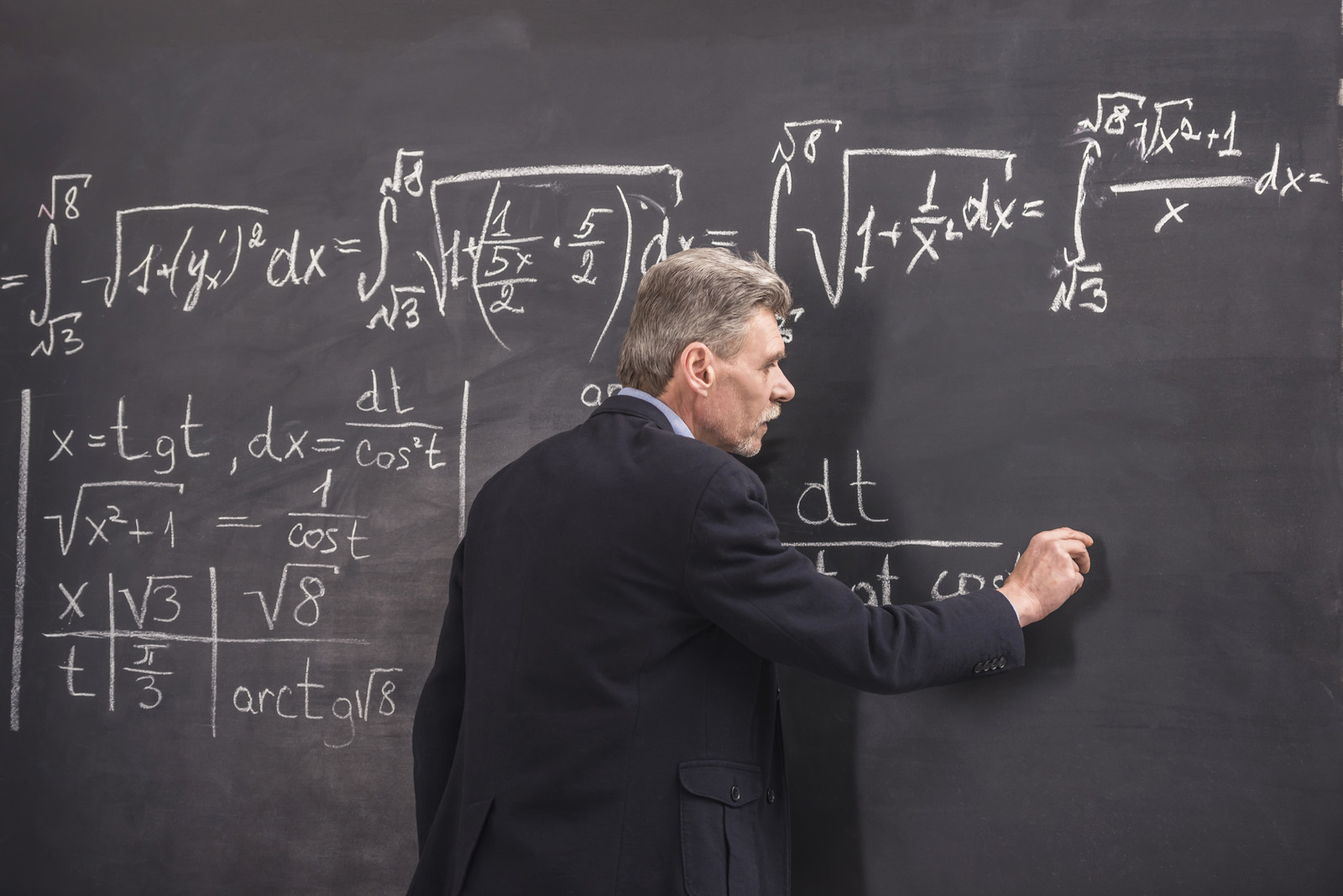 Experts are often guilty of underestimating the complexity of their material as viewed by a novice audience.

This brings up a deeper point, though. Your boss is nearly always the worst person to give you advice about your presentations. He or she will probably know the topic inside out and speak the same technical language as you do, even think the same way. It is unlikely, however, that the audience will. Experts (eg. bosses) are often poor at judging this.

What can make this kind of meddling even worse is when the presentation slides are viewed, and reviewed, in the absence of the presenter. ‘Send me the PowerPoint,’ is a request that should strike terror into your heart because slides analysed on a monitor without the voice (and body) of the presenter are meaningless. This invariably leads to the production of posters, not slides.

Never be afraid to use single, simple, clear images as slides. Don’t cage them within a slide template; this telescopes the image and diminishes its impact. Instead, make an image full screen where possible. Images don’t just help the audience to understand, they grab their attention and aid memory. We are very visual animals so work with people’s visual disposition, not against it.

Not all engineering is as glamorous or photogenic as shiny skyscrapers. So if you have it, for God’s sake flaunt it.