Have you seen a PowerPoint slide anything like this recently? 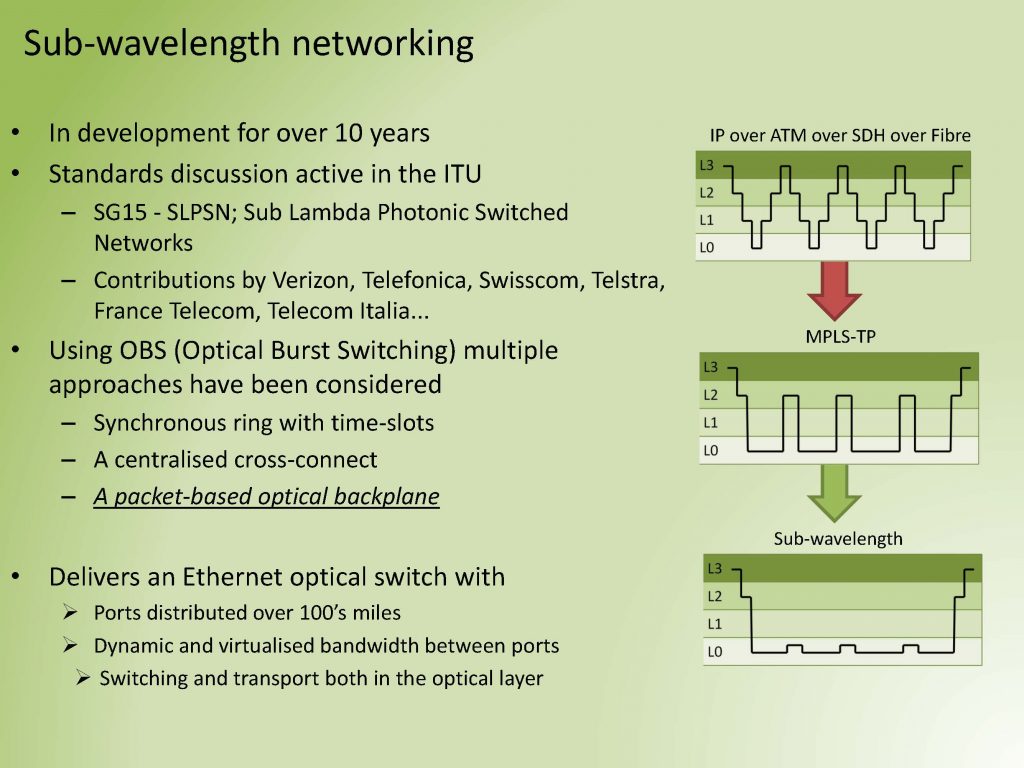 I’ll bet you have. In fact, I’d be surprised if most of the presentation slides you’ve seen aren’t like this: intricate, text-heavy and inelegant.

Of course, the above slides have been taken out of context and I’m sure many of you would say, ‘I don’t know what “sub-wavelength networking” is, so maybe these slides make perfect sense to their respective target audiences?’ I would agrue that they don’t. Or, more to the point, they couldn’t.

Why? Well, to answer this question, let me show you a counter-example. What does the following slide remind you of? Think of a food. 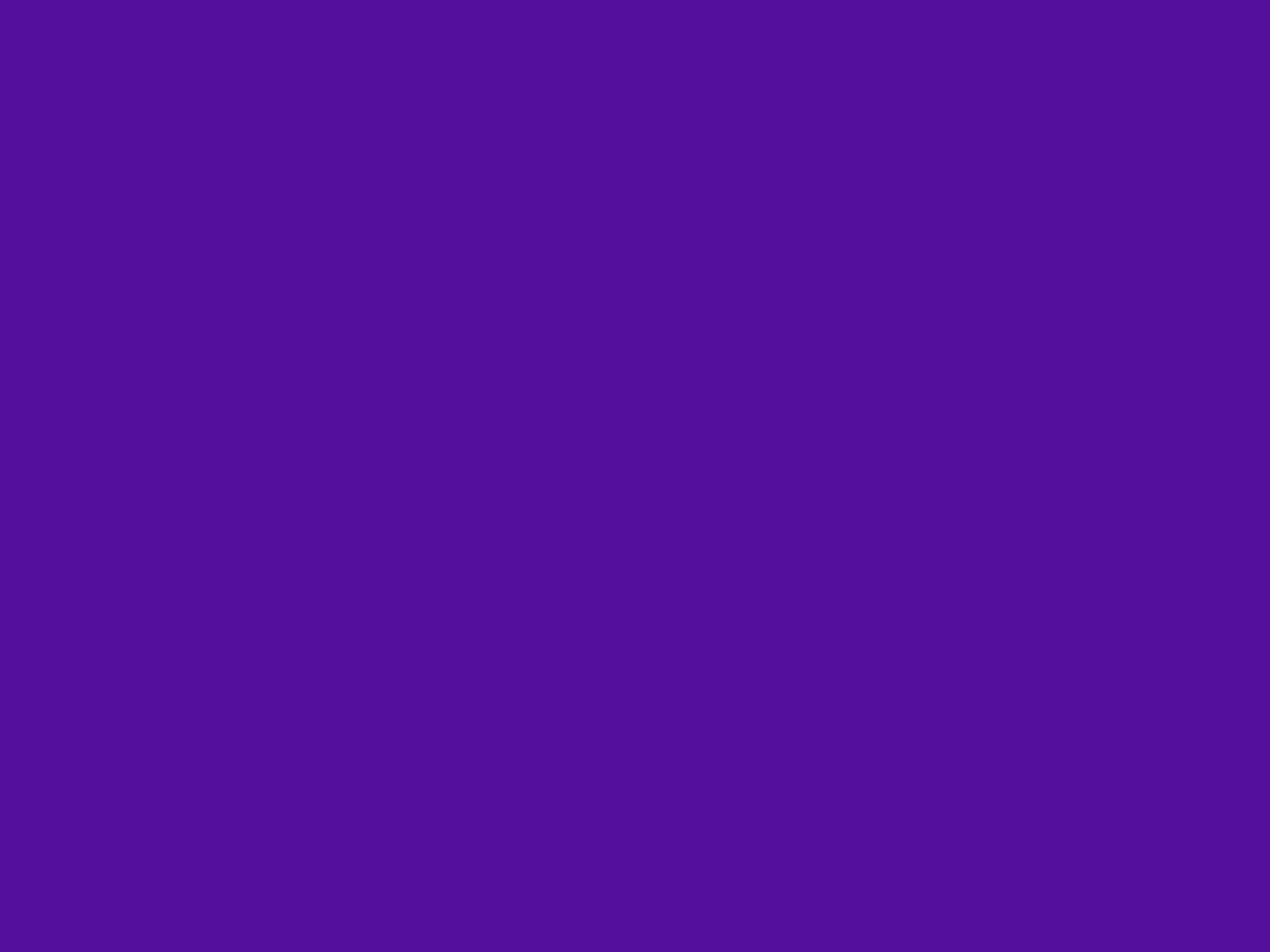 Did anyone guess Cadbury’s chocolate? In the presentation where I saw the same question posed, most of the audience did. The colour – ‘Pantone 2685C’, if you really want to know – is so synonymous with Cadbury’s that they tried to trademark it in 2004.

So why is this a good slide? Simply because it enables the speaker to make a point. The presentation was about branding and marketing and this was a great opening slide for several reasons.

First, it allowed the speaker to engage the audience. Second, it got the audience thinking and guessing which is always good fun. Third, it cited an example with which most of the audience will be familiar. Fourth, as an image it was simple, clear, impactful and memorable. And I could go on.

So am I telling you that this purple rectangle represents the gold standard in visual aid design? No I’m not. I’m simply saying that it performs the function of a visual aid in that it ‘aids’ – the clue is in the word – the speaker in making his or her point. That’s all. The earlier slides, like most PowerPoint slides, don’t aid the speaker or the audience at all, they just get in the way.

The two slides I showed at the start are not really slides, but posters. They don’t help the speaker, they try to make the point for the speaker. Badly. And they make far too many points, what’s more.

So let’s finish with a conclusion slide. 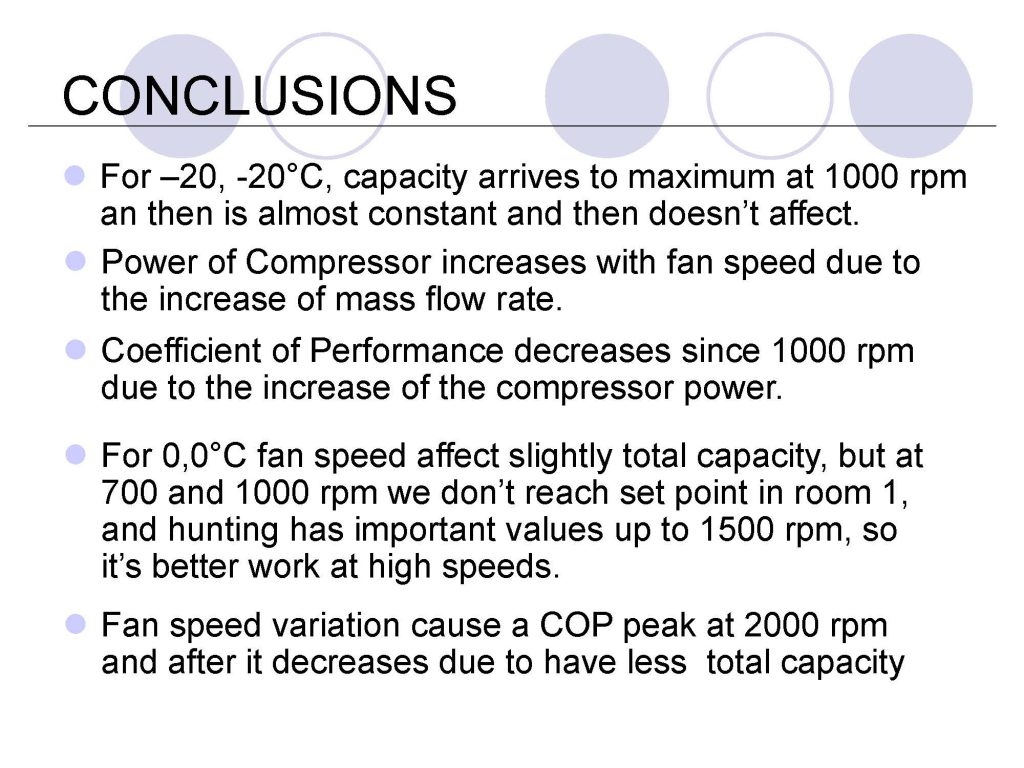 For my money, a text-only slide like this is even more awful than a slide with zany diagrams and graphs because it is so insultingly dull and useless. It provokes no curiosity, doesn’t aid comprehension and is in no way memorable.

And if you want to get the maximum effect from an awful slide like this, read it out word for word. Presentation gold!